Home / Maintenance / Marvel Mystery Oil vs Seafoam: Which is The Better Choice?

Marvel Mystery Oil vs Seafoam: Which is The Better Choice? 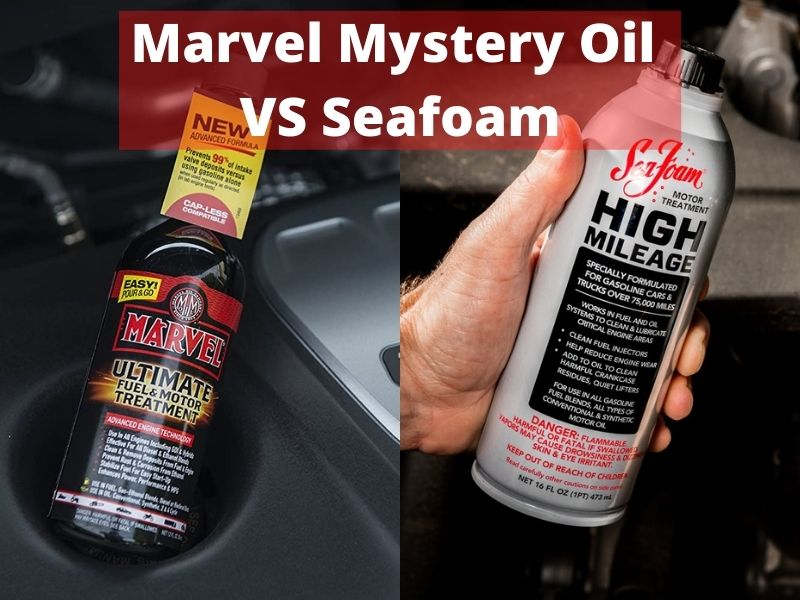 Taking good care of your car’s engine will help it last longer and lessen the odds of it breaking down in the middle of the road. Most engines lose power over time and eventually break down due to corrosion, internal clogging, and carbon deposits, to name a few. The vehicle industry has long struggled with preventing the negative impacts of gasoline combustion.

Marvel Mystery Oil and Sea Foam are two fuel additives that have been on the market for decades and are highly praised by car owners all over the world.

Read also related articles: Bad fuel filter symptoms, and How to use a fuel injector cleaner.

In terms of disadvantages, failing to use the correct ratio of this additive while mixing it with fuel can result in undesirable side effects, and its fuel stability capabilities could be better.

Here’s the best Marvel Mystery oil – the Marvel MM13R Mystery Oil, which comes in various sizes, all guaranteed to provide optimum performance for all your engine needs.

Its advantages include a two-year fuel stabilization capability, effective cleaning capabilities, the ability to keep the engine and fuel system running longer, the capacity to lubricate the internal layers of the engine, and the ability to eliminate engine noises. Its disadvantages include a lack of efficiency at low temperatures and a higher price tag than most models.

What we found to be the best Seafoam gasoline additive is the Sea Foam SF-16 Motor Treatment, which is also available in different formulations for SUV and truck motor treatments, as well as for high mileage motors.

Sea Foam products can help your engine equipment run cleaner and last longer. Sea Foam was founded with the goal of developing safe and effective products that assist maintain all types of gas and diesel engines running at their peak performance.

Sea Foam has been trusted by technicians since 1942, and it reflects a long history of automotive and outdoor enthusiasts, DIY equipment owners, and those who love or rely on engines.

At first look, the Marvel Mystery and Sea Foam companies’ engine maintenance solutions appear to be identical, but a closer examination of their contents and capabilities reveals a few minor variances. For decades, Marvel Mystery Oil and Sea Foam have been among the best gasoline additives due to their ability to reduce rust and remove carbon deposits.

That’s why putting Marvel Mystery Oil and Sea Foam Motor Treatment products to the test is probably the easiest way to see if they’re a good fit for your car’s engine.

The following are the primary distinctions between Marvel Mystery Oil and Seafoam:

Engine wear and tear is unavoidable, especially if you use your vehicle on a regular basis. Although it is natural for it to deteriorate over time, that does not mean you will do nothing about it. To keep your vehicle and slow down the process, you must still take good care of it.

Seafoam and Marvel Mystery oil are lubricants that can also be used as additives. They have the ability to lubricate engine parts that are not accessible to motor oil. They also extend the life of the engine by cleaning and flushing carbon buildups, reducing engine corrosion, and preventing stalling and hesitating.

These two additives also help increase the vehicle’s fuel economy, improve engine performance, and keep its system in good working order. It’s difficult to pick a winner in this round because both have a track record of producing great results.

Many variables can cause your vehicle to suddenly burn too much fuel, resulting in poor mpg. One example is faulty fuel injectors. This occurs because every time you turn off your car, a few drops of fuel accumulate on the fuel injector, hardening over time. This build-up can clog the gasoline flow, resulting in higher fuel usage.

Bad air filters might also contribute to poor mileage. It has been proven to reduce gas mileage by 20%. These two causes of poor mileage can be addressed using Marvel Mystery oil and Seafoam. They can dissolve and remove fuel residues from carburetors and fuel injectors, as well as clean and lubricate pistons, cylinders, and other moving parts.

As crucial as fuel combustion is, it can have certain negative consequences. Aside from the corrosion-causing oxygen, it also produces a byproduct called carbon. If carbons are not eliminated, they can ruin your engine.

Using additional goods like Marvel Mystery oil and Seafoam is one answer to this problem. These compounds can aid in the removal of carbon deposits from the engine system since they can easily reach them. They can help reduce carbon buildup as well as internal friction.

Although gasoline or oil additives can assist with carbon deposits, keep in mind that occasionally more than just Marvel Mystery oil or Seafoam is required to remove them. There may be times when you need to clean a component of your engine manually, such as the throttle body.

Because an engine requires oxygen to burn the gasoline inside it, it must have a good oxygen intake system. This system allows for an easy flow of oxygen into the engine, which aids in the combustion of the fuel.

Although oxygen is necessary for the fuel combustion process, it is also the gas that can cause engine corrosion when it comes into touch with the engine’s metal parts. These metal parts will corrode over time and eventually fail. When products like Marvel Mystery oil and Seafoam are applied, they can dramatically slow down this process.

When the temperature drops in the winter, the corrosion process frequently accelerates. This occurs because the water condenses inside the crankcase and cylinders, speeding up the engine’s deterioration. Marvel Mystery and Seafoam can help slow or prevent rusting. Marvel Mystery oil, on the other hand, has a benefit in cold weather.

When the temperature drops, oils tend to thicken. However, Master Mystery oil appears to be more effective at preventing this. As a result, it is a superior option because it helps to prevent water condensation in your engine, which lowers corrosion. Seafoam can also help to reduce it, but it is less effective when it is cold.

Fuel stabilizers aren’t necessary if you use your vehicle frequently or on a daily basis because you’ll use your fuel before it goes bad. Fuel stabilizers are only required when your car will be parked for an extended period of time. Seafoam and Marvel Mystery oil can also be used as a gasoline stabilizer.

Seafoam wins this round between the two additive brands. When applied to fresh fuel, it produces superior results and can stabilize it for up to two years. Just remember to start the engine after it has steadied to allow the treated fuel to reach the fuel injectors and carburetor passageways.

You can rely on Seafoam to extend the life of your gasoline. Because it is a petroleum-based product, there is no need to be concerned if you mistakenly pour more than the prescribed amount into the gasoline tank; it will not affect your fuel or engine.

Car engines are meant to last, so you’ll notice a succession of warning signals that your engine isn’t working to its full potential before it really breaks down. Check Engine Lights are found on most cars and alert drivers if there is a problem with the engine.

Routine inspections and maintenance, on the other hand, are probably the greatest ways to extend the engine’s life and keep repair expenditures to a minimum.

Since their introduction in the early half of the twentieth century, Seafoam and Marvel Mystery Oil and Sea Foam products have come a long way. Generations of drivers in the United States and throughout the world have relied on these fuel additives to keep their vehicles running smoothly.

Marvel Mystery oil is available for purchase online, at gas stations, and at retail stores. It comes in a variety of containers, but a single bottle costs less than $4. The Seafoam, on the other hand, is a little more pricey, with a 16oz bottle costing $7.

Because you can buy bigger quantities at a lesser price, the Marvel Mystery is more budget-friendly. However, some automobile owners choose to purchase the more expensive Seafoam because it is known to increase engine performance.

To achieve a healthy combustion environment, engine performance, and fuel efficiency, carbon residues must be eliminated from the engine. Seafoam oil and marvel mystery oil can both be used to clean and wash away carbon deposits as well as varnish clogs.

A compression test is performed on the engine to determine which oil is best for it. During both hot and cold working processes, the oils must be able to sustain the pressure range. 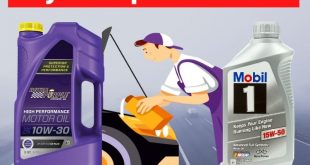 Royal Purple vs Mobil 1: Which Engine Oil is Better? 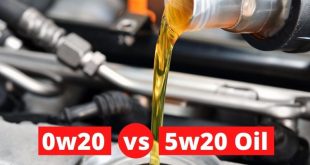 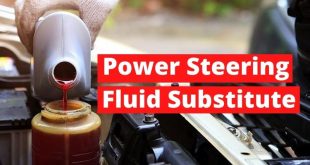 Power Steering Fluid Substitutes And Alternatives That You Can Use 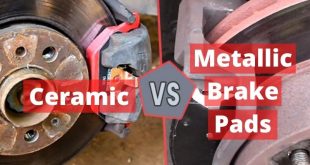 Ceramic vs Metallic Brake Pads: How to Choose The Right One For Your Car

Your vehicle’s braking system is, without a doubt, its most vital safety feature. Without …