Know The Difference Between A Bad Alternator And A Bad Battery 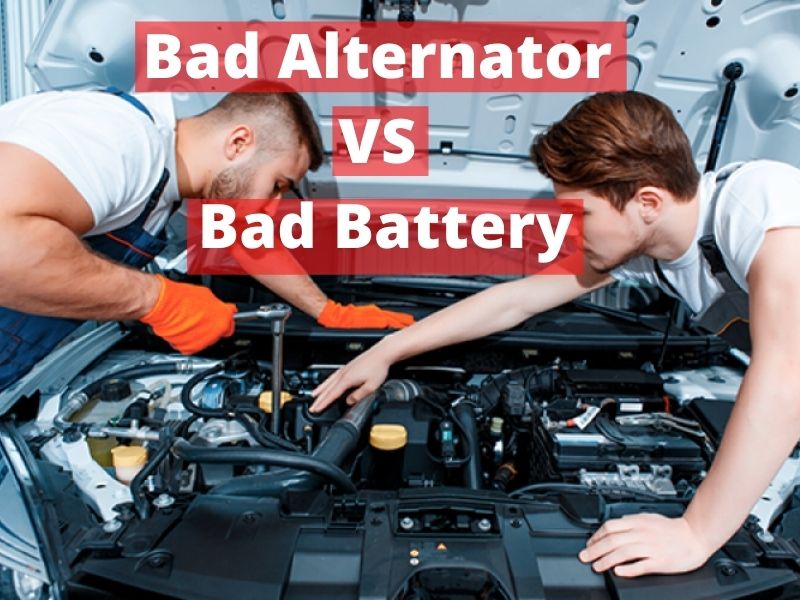 A fading or dead battery, loose or corroded connecting cables, a broken alternator, or a starter problem are the most common reasons for your vehicle not starting. It can be difficult to tell whether you have a battery or an alternator problem. Here’s how you figure out what the real problem is and how you can fix it:

What happens when you have a bad alternator or battery?

The car’s charging system includes both the battery and the alternator. As a result, problems with one always influence the other. Depending on your vehicle’s individual power requirements, a damaged alternator may be able to run for a short period of time. Following ignition, the alternator is responsible for charging the battery. This is only possible if the engine is turned on.

The alternator is also responsible for keeping the engine going. Car batteries, on the other hand, supply the necessary power to start the vehicle and ensure that electrical systems such as lighting and control units are in good working order.

If either portion is damaged, the only way to tell is to check for the symptoms associated with each. Even if the batteries are brand new, a faulty alternator will prevent them from charging. Similarly, if the battery is dead, a fully operating alternator is useless. Read also: Car inspection cost.

Signs of a bad battery

If your vehicle’s battery is the root of the problem, there are a few warning indicators to look out for. If it’s deteriorating, these are the warning signals that you should replace it as soon as possible.

If the case of your battery breaks, the liquid and gases inside begin to flow out. This will produce a distinct and terrible stench, similar to rotting eggs. A leaking battery is harmful, and it won’t last long, so you should get it fixed as soon as possible.

When your battery starts to fail, your headlights and interior lighting will begin to fade. That implies they’ll be drab from the time you turn on your car. If the problem is with the alternator, your lights will be bright at first and then dim later.

If the battery isn’t working properly, it won’t be transferring power to the starter motor to get your car started when you put the key in and spin it. Instead, all you’ll hear are clicks and nothing else.

If your battery still has a charge, but it isn’t a good one, you may discover that starting your automobile takes several attempts. You’ll hear the engine almost start, but it may take a few tries for it to truly turn over and start. If this happens frequently, it’s a warning that the battery is nearing the end of its life.

Your battery should be in the shape of a solid block. If you notice bulges or malformed pieces, this could be the result of temperature swings causing warping. If you leave it in an area where the winters are cold and the summers are hot, the battery may bulge and crack.

Another sign of a leaking battery is the appearance of a white, flaky crust on the terminals. This can be caused by a leak in the battery or by something getting on the battery and corroding the terminals. If this is the issue, you don’t absolutely need to replace the battery; a good wire brush can clean it up and get it running again.

Signs of a bad alternator 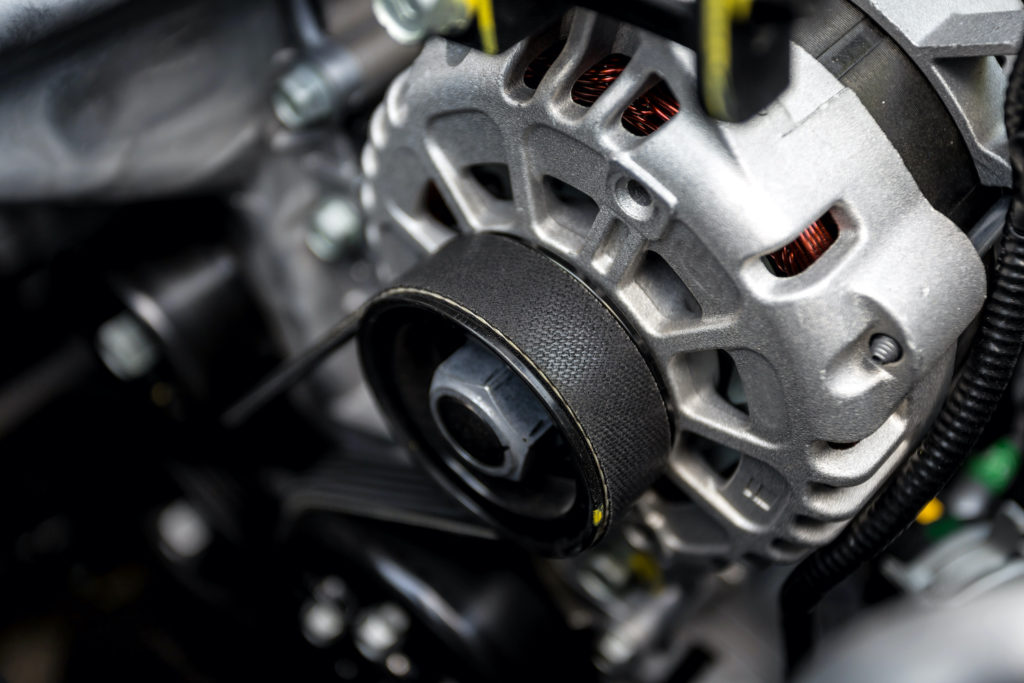 As previously said, one way to detect if the problem is with the alternator rather than the battery is if the lights in your vehicle start bright and then dim. That’s because the battery is in charge of starting them, but the alternator should take over after that. If they fade after starting, it’s a sign that your alternator isn’t working properly.

Another way to see if the problem is with the alternator rather than the battery is to disconnect the positive terminal of your battery while the car is operating. If your automobile comes to a complete stop as a result of this, you most likely have an alternator problem.

A warning light with the letters ALT or GEN will most likely appear on the dashboard of your vehicle. These will alert you to the fact that your alternator is malfunctioning and needs to be examined.

If only one of those things fails, it’s most probable that one of the components isn’t functioning properly. If most or all of them start to fail and don’t respond when you try to switch them on, the alternator is very certainly the source of the problem.

It may seem strange to imply that a dead battery is a sign of a damaged alternator, but it’s actually one of the most obvious indicators. The alternator keeps your battery charged. If you know your battery should be performing properly, then the battery dying on you could signal a problem with the alternator. 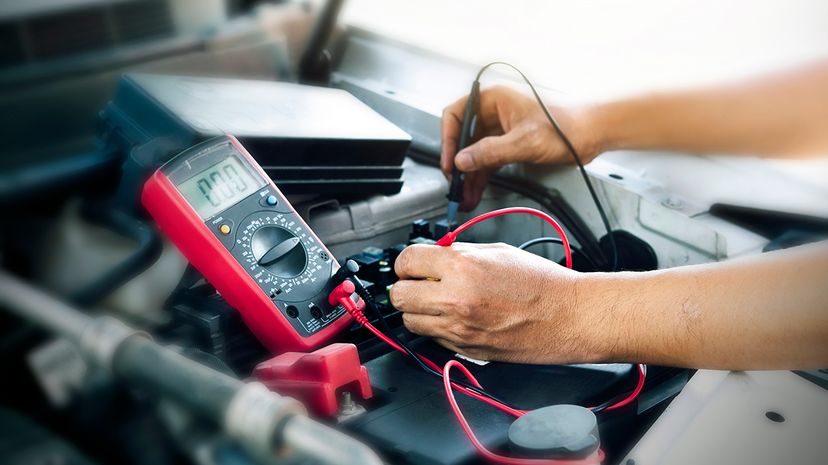 How long can a battery last with a bad alternator?

A damaged alternator won’t charge the battery, which means the battery will have to power the headlights and the rest of the car’s accessories and systems. This could quickly deplete the battery. The battery may run flat in minutes to a few hours, depending on how much charge was left in the battery and how old it is.

The engineering on older diesel engines is simpler, and there are fewer things that drain power from the battery. As a result, these automobiles with a damaged alternator’s battery may be able to support the vehicle for longer. Many systems in modern gas-powered cars pull power from the battery, which could cause them to run out of charge faster if the change is made.

Is it possible to drive a car with a faulty alternator?

Yes, you can drive your car for a few minutes or in an emergency with a broken alternator. The important thing to remember is that your car’s battery may not be receiving the proper amount of charge and may run out of power unexpectedly.

However, this is not a good idea. Your car will suddenly and unexpectedly stop working, leaving you stranded.

Is it possible to jump start a car with a faulty alternator?

No. If the alternator fails fully, the battery will not be charged, and your car motor will shut down in seconds. Only low-charge batteries can be jump started. Even if the kickstart works, it will only last a few minutes.

Many customers discover the hard way that, despite purchasing a new battery, they have a defective alternator. They’ll replace the battery and the car will start right up. The automobile, however, will conk out by the time they go around the block when they pull out of their driveway.

Similarly, because their battery isn’t too old, the vehicle owner may assume it’s a defective alternator and spend a lot of money replacing or repairing an alternator that didn’t need to be replaced in the first place. Even if automobile batteries have warranties, this does not guarantee that they will survive that long.

The best thing to do is take your car to a mechanic who can run diagnostic testing to see if the battery or alternator is faulty and needs to be replaced. 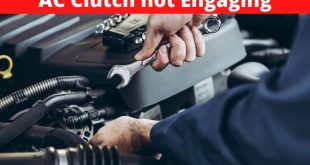 What You Should Do if Your AC Clutch is Not Engaging 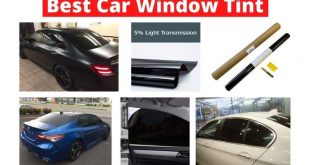 The Best Car Window Tints for A Sleek Ride 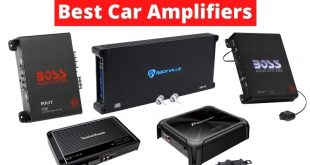 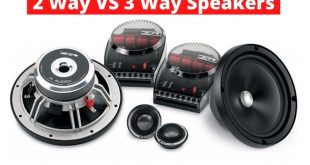 Who doesn’t love road trips? Just driving to nowhere alone, with your friends, or your …